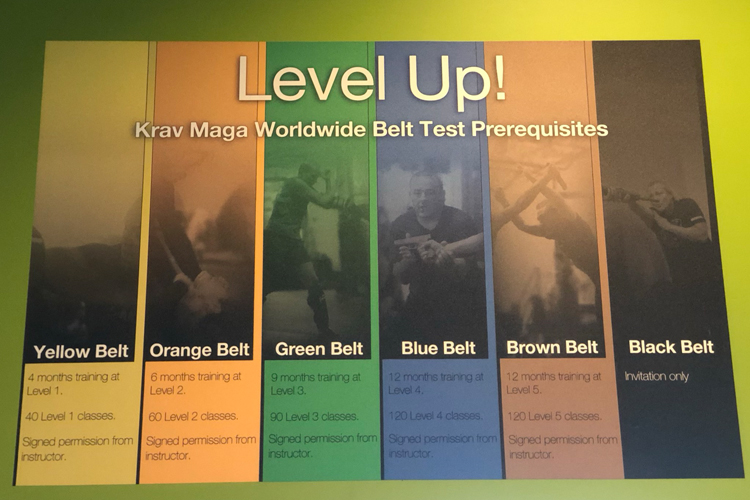 The krav maga belt system used by Krav Maga Worldwide is a great way for students to understand and track their own development within the system. In order to progress to the next level in the Krav Maga Worldwide self-defense system, students are required to take a test. Unlike some traditional martial arts that rely on one instructor, or “master”, or “sensei”, to award a promotion based solely on their own judgement, students in the krav maga belt system at Krav Maga Worldwide certified training centers are informed of the requisites to become eligible for each belt test. In this way, students know what they need to accomplish to become eligible and can structure their training routine accordingly. 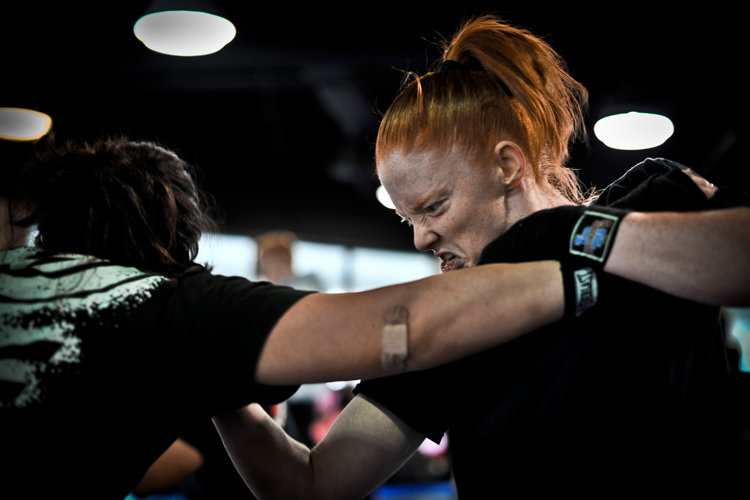 When the requisite number of courses and hours of training is achieved for each level, students attain permission to test from an instructor. This usually comes from the instructor who has worked with the student the most and has helped them develop within the krav maga belt system and krav maga level system. There are occasions when a student has reached the requisite number of classes and hours of training required to test but they will be informed by the instructor that additional time training and work in some aspects of the level are required before that student can test.

In this way Krav Maga Worldwide’s krav maga belt system is somewhat similar to traditional martial arts because an instructor’s judgement determines advancement to some degree. In terms of Krav Maga Worldwide’s overall quality of training however this permission to test is a fail-safe, which gives the student the best opportunity to pass the level test before they go in. Level tests or, if you prefer, belt tests are physical and mental challenges that require intense effort and preparation. It’s not fair to the student to simply let them test once the requisites for the level are met. The student must meet the requisites AND demonstrate mastery of the material in classes in order to take their test, earn the right to train in the next level, and earn their belt for that level. 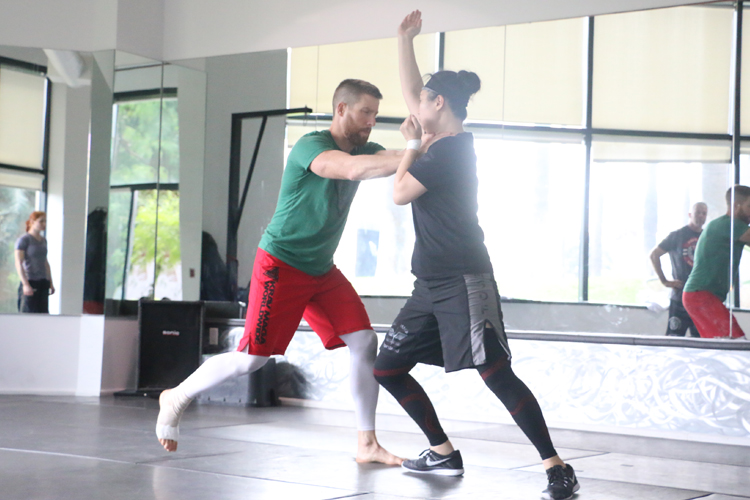 At Level 1 students are essentially a white belt working toward the test that will earn them a yellow belt. This is not considered one of the belts that students can earn within the krav maga belt system however they have earned it by starting training. A student in Krav Maga Level 1 is learning and training and pushing to be stronger and safer, which is, in itself, an accomplishment. Level 1 training focuses on three things; fundamentals, fundamentals, and fundamentals. Students learn how to get into, and move while in, an effective fighting stance. Students train on straight punches, hammer fists, palm heel strikes, eye gouges, throat strikes, front kicks to the groin, front kicks with the ball of the foot, round kicks, basic positions and movement while on the ground, as well as defenses vs. chokes, headlocks, wrist grabs, pulls, and more. This is the essential tool-kit that a student needs to progress within the Krav Maga Worldwide system and to be fundamentally effective at defending themselves. Students are introduced to the principles of Krav Maga Worldwide self-defense system, which they will continue to see as they get to higher levels. Students must train for at least four months in Level 1, and attend at least 40 Level 1 classes, in order to be eligible to test into Level

At Level 2 students have earned a Yellow Belt by achieving the requisites and passing their Level 1 test. The next belt that can be earned is an Orange Belt. Krav Maga Worldwide Level 2 training starts to become more technical than Level 1 by introducing additional punches like hooks and uppercuts as well as more intense self-defense techniques like defenses against bearhugs, chokes with pulls, and the basics of being on the ground with an attacker. These ground techniques include escaping from the full mount position, and defending against being choked while mounted. Sparring is introduced in Level 2 via very controlled drills that build the skills needed to deal with a live, resisting, attacker. The focus is not on full-contact but on skill building. Students begin to develop familiarity with Krav Maga Worldwide self-defense principles and how to apply them as the their training becomes more technical and intense. Students must train for at least six months in Level 2, and attend at least 60 Level 2 classes, in order to be eligible to test into Level 3.

Students who have earned an Orange Belt in the krav maga belt system have an advanced set of fundamental skills and are ready to work toward earning their Green Belt. In Level 3 further expand their striking and strike defending ability, training on punch combinations, and advanced punch and kick defenses. Level 3 is where and live sparring in stand-up and ground fighting become a regular part of the curriculum and students build their familiarity and abilities to deal with a live, resisting, attacker. In terms of self-defense, techniques, students begin to train the fundamentals of dealing with an attacker armed with sticks and blunt weapons as well as handguns. Level 3 students have a firm grasp of the Krav Maga Worldwide self-defense principles and how to apply them. This is essential to dealing with scenarios that increase in intensity and danger. Students must train for at least nine months in Level 3, and attend at least 90 Level 3 classes, in order to be eligible to test into Level 4. 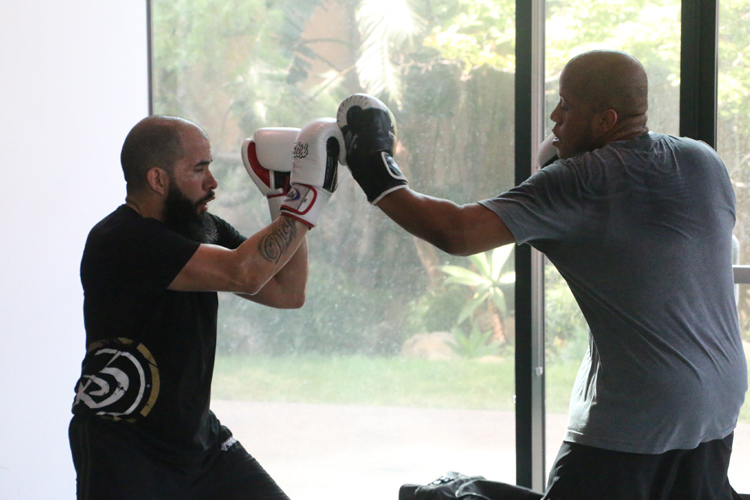 As a Green Belt in Krav Maga, students are working toward developing advanced set of overall self-defend skills and are working toward earning a Blue Belt. Level 4 students can apply the principles of Krav Maga Worldwide self-defense to increasingly challenging situations and scenarios. In Level 4 students become very experienced with striking combinations, sparring, and training with a resisting partner from positions of disadvantage. This level really becomes about refining tactics and developing expertise. Weapons defense training intensifies here with the introduction of knife defenses. Ground fighting techniques are expanded on and students begin to develop proficiency with takedowns and takedown defenses. Students must train for at least twelve months in Level 4, and attend at least 120 Level 4 classes, to be eligible to test into Level 5.

A Krav Maga Worldwide Blue Belt is an expert in Krav Maga Worldwide self-defense fundamentals, experienced in stand-up and ground fighting sparring, and proficient in weapons defenses. There is a focus on developing increased proficiency in knife, and long gun defenses, as well as dealing with multiple attackers and third party protection. This is the most advanced level of Krav Maga Worldwide self-defense training and students who hold a Blue Belt must train in Level 5 for a minimum of one year and 120 Level 5 classes to be eligible to test for their Brown Belt. Once the student earns the Brown Belt, continued training in Level 5 brings the student to a level of overall expertise, at which point they can be invited to test for their Black Belt. This is usually after another year of training in Level 5, but the time frame can vary depending on the student’s skill development and consistency of training. The Krav Maga Worldwide belt system and Krav Maga Worldwide self-defense levels build on one another. The foundational skills that students learn in Level 1 carry over into all higher levels and each level/belt test reinforces those skills, which helps students retain and continue to build on these skills. Higher level students often find it useful to go back to lower level classes as a means of reinforcing their overall skill level and helping lower level students learn and succeed.

It is easy for beginning students to get caught up in belt-chasing or simply focusing on wanting to earn the next belt in the krav maga belt system, or in any martial art, for that matter. What’s really important, and what really matters in terms of developing skills however, is consistency of training in each level and pushing to get better. Krav Maga Worldwide self-defense is designed to get people to a high level of proficiency in a short period of time…and commitment to regular training is the key to getting to that level of proficiency. That commitment doesn’t come from a belt.

Each training level and belt level in the krav maga belt system is important. Each level/belt test presents physical and mental challenges that are designed to push students to their limit. The shared experience in progressing through these levels helps Krav Maga Worldwide certified training centers develop a tight-knit and supportive community in which people can feel comfortable working hard and learning to defend themselves. This was, ultimately, the vision of Krav Maga’s founder Imi Lichtenfeld who wanted everyone to learn Krav Maga so that they could “walk in peace”.